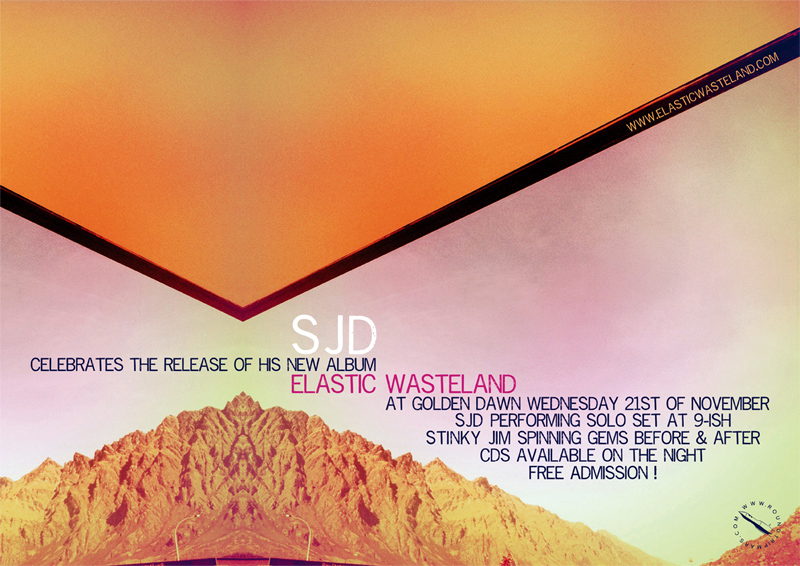 As you can see from the above there is a new SJD album very much on the way, out in one week in fact. Taking off my record company hat (it’s an imaginary stetson…….yeeeeeehaw!) and dispensing with my DJ chapeau ( a natty Kangol, you really had to ask..?) I have to say that Elastic Wasteland is something special. Without denigrating any of Sean’s other releases which have consistency most would cream over, and imagination and adventurousness his peers can only dream of aspiring towards, Elastic Wasteland is the most direct, pure and honest Sean James Donnelly music for quite some time. Never mind the awesome overall impression and musical landscape that amazingly comes from simply synthesizers, drum machines and the human voice, there are songs here that are just on another level altogether. I’m very fortunate having had time to see some of them develop fully, and more importantly having spent serious time with them in their finished states – and from that vantage point all I can say is… you lucky people! Release is next week Friday the 16th, there’s a gig at Golden Dawn is on the 21st and it’s free (Sean will be performing solo as he is throughout the whole album, I’ll be spinning before and after) and the album will be streaming on the New Zealand Herald website from sometime tonight (will yank a link in here to that at a later date).

Returning to my hats, I’d like to doff the titfer in the direction of Peter Mac at dubdotdash who not only shone some of his much valued internet post lazering in our direction with a craniums-aloft on the SJD album today, but also helped a bit of ‘you’re new round these parts’ traffic with his post on the Aromatherapy mix Cd (there’ll be another vintage mix up here soon) which was then pointed to from Public Address, and on and on it goes. We love the love, but more than that – love folks getting hipped to music they might like (and even investigate and purchase) or what have you round here – that’s what it’s for, so any of that support is major and appreciated.

Heading off on another tangent – it would be worth girding your loins and pointing your browser towards the mighty Cassette blog over the coming weeks. To celebrate 2 years in the game (I find it hard to believe that’s all, it really is one of the best for nuevo niceness from the Latino underground) they are releasing a gang of compilations, two a week through the month of November. The first couple focussing on tropical bass (Ritmos Hasta El Sol) and a scorching set of digital cumbia (Cumbias En Flor) have unearthed some right gems and while it aint all to my taste (let’s face it..what is?!) you know that with the crucial curators at Cassette there’s going to be some really worthwhile finds. It’s true that non-Spanish speakers (or appalling lapsed ones like myself) will need to employ some translatorly tools to tackle the terminology but if you don’t already have your widgetty type object set to Spanish ➳ English… well… you’re already missing out on some of the best netty nationalities.

Talking of cumbia closer to home I’ve been fortunate enough (thanks Moses) to be sent a copy of the Cumbia Cosmonauts debut album Tropical Bass Station which is coming out on Chusma in a couple of weeks, and it is simply magnificent. Naturally the idea of a Melbourne outfit (with strong regional connections it must be said, no dilettante diddle aqui) making deep explorations into South American music for a new school Berlin based label appeals to my notions of outernationality, but aside from that this a landmark record that nails it all over the shop, we’ll give it a proper review nearer the time and if this doesn’t persuade a smart promoter to get them over here for a visit, then I despair!

And in the process of writing this I have discovered that this blog/stinkinc will turn 4 years old next week. It’s a pretty busy week with the SJD album coming out, extra writing and a bunch more but we’ll do something to celebrate that soon. 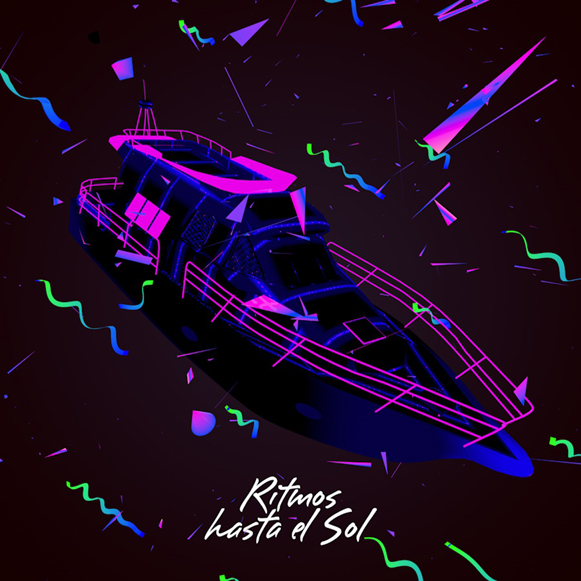