Stinky Grooves 25.05.10 and some rhythmic reasoning from Styrelsen 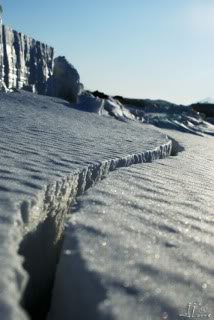 Bit done in today after finishing off the Mulatu review finally and what turned into a fairly serious day of show prep and marathon music checking. That may also have accounted for a show that was at times little more than a dismal series of cock-ups and snafu’s, luckily the music was on point, even if I wasn’t. There’s a few links to investigate on the playlist for the keen and I can’t help but think that’s healthier than just pinging a track up for folks who are just too busy or lazy to move that mouse and clickulate.

However because I’m soft as shite, here’s a right little ripper for you. Swedish duo Styrelsen are Vladimir Vassilev and Joel Carlsson (whose cumbia tunes are invariably fire and also does the excellent Emayo Cutz blog) and another feller Chords who is also a rapper (though not here) by all accounts, and who I don’t really know jack about. Hanyways it’s on an Afro/funky (in both the old and the new meaning)/played and programmed/whatever you want to call it/very modern kind of type buzz… but one that manages to avoid the usual cliches, and that kind of sneaks up on you from behind until you’re asking yourself what the bejeezus that vibes riff is thats running around your head a day later is… it’s this track.
Enough of my yakking, on with the music. This is a 192 up for a week, do your ears a favour and invest in proper oper quality..eh!

Buy the ‘Peace, Drums & Understanding EP’ including ‘Quoi’ from Juno or iTunes etcteration.

And Aromatherapy will be whafting its’ wondrous way as ever this Thursday at the Ginger Minx, last week was the first really quiet one we’ve had – hardly surprising given the manky monsoon and dismal deluge we’ve been going through but it would be good to see a few folk enjoying the free-range fires, brilliantine barkeepery, vital vittles, awesome ambience not to mention a whole bunch of tunes that I’m not able to play on the radio yet… and the rest..Phew..and its free, what’s not to like.

Also coming up next week at the Ginger Minx is this grand fusion of the forces as the three ex-pat dodge-ateers bring the butter and aren’t fussed about the crust – CLUB SANDWICH!!!!!

hey love your show. have you heard the new ‘high stakes’ with chris martin? so catchy!

It didn’t sound as snafu-ish as you suggest and nice to know your human ^_^ I enjoyed the “nobody know tomorrow” track which I figure is Prince Nico Mbarga and the awesomely weird Soreng Sani tracks! One track was basically a xylophone with backing electric guitar I believe, haha.

Totally different, but also Japanese and really interesting is Shina Ringo’s “Karuki Zamen Kuri no Hana” album which has become a favourite of mine. It’s intricate and catchy and cohesive while still being all over the place!

hey robin
sorry to take a minute to reply, best intentions and all that. Trust me, very human!! If you were referring to the 9 minutes of Nigerian niceness then Prince Nico is yer man. I noticed this track (and ‘Sweet Mother’ his maternal anthem that can break the fiercest man down into a little baby boy) are available on iTunes now btw if you want some easy access.
I love the instrumentation, arrangements etc but cannot handle Shina Ringos vocals, agree with your comments though in general.
thanks for the vibes and glad you copped the Madvillian